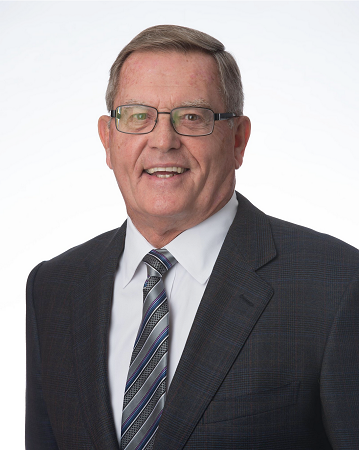 Paul Cooper practiced law in Colorado for over 50 years, with a career spanning both the criminal and civil worlds.

Mr. Cooper began his career in 1966 as a civil litigator, then moved to state and federal prosecution from 1969 to 1973. In 1973, he returned to civil trial practice as a medical malpractice and other professional liability defense lawyer, practicing at the same firm with TAM founders Bob Treece and Tom Alfrey.

In 1980, Paul left Hall & Evans to form Cooper & Kelly, P.C., a firm that grew in short order to over 40 lawyers practicing regional litigation insurance defense. In 1994, Cooper merged with another firm to form Cooper & Clough, P.C., which continued litigation defense practice until its merger with TAM in April of 2015.

Mr. Cooper tried over 150 civil jury trials to verdict and has been instrumental in the training of numerous other civil trial attorneys in Colorado. Mr. Cooper was active in local and state bar associations, ABOTA, the IADC, and Michigan Alumni Club. Mr. Cooper was recognized for his excellent legal work in Personal Injury – Medical Malpractice Defense by Colorado Super Lawyers from 2006, the publication’s first listing year, until his retirement.