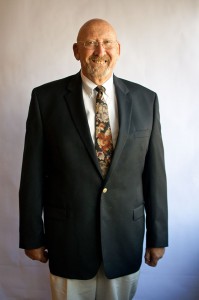 Robert Smith “Bob” Treece was a Colorado native, born to Lee Oren Treece, Sr., and Ruth Ida Smith in Colorado Springs on June 6, 1934. He was a giant, both in his 6’4″ stature and in his professional reputation. To those who were fortunate enough to know and love him, he was a powerful, larger-than-life presence and a man of strong principles, tremendous wit and great intellect. Never one to hesitate to speak his mind or voice his opinions, it was hard to be ambivalent about Bob.

Having worked his way through law school as an insurance adjuster and served his country in the United States Air Force, Bob embarked on a stellar legal career that would see him manage two highly successful law firms. Bob mentored through example generations of lawyers in his nearly 50-year legal career, setting a high bar for incisive analytical work, creative arguments, and a near-peerless trial skills as one of the most highly-regarded civil litigators in Colorado.

In lieu of a memorial service, the family asks that donations be made in his memory to St. Jude’s Children’s Research Hospital or Friedreich’s Ataxia Research Alliance, which were causes close to Bob’s heart.